In my second attempt to envelop Sarah West’s steel structures in felt for our collaboration for SNAG’s Exhibition in Motion, I used a process similar to that explained in this prior blog entry describing a different study I made during my Hambidge Residency.  After enlarging the surface area of her steel frame based on my shrinkage calculations and covering the plastic form with the calculated amount of wool fibers, I began the felting process and removing the plastic to allow the shrinkage of the encasement. 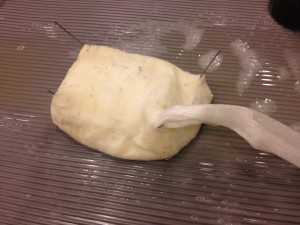 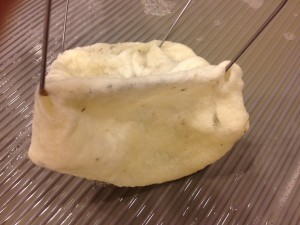 The hollow form is very large compared to the frame it will eventually encase because I wanted to create high-shrinkage felt. The more the wool can entangle and shrink the less vulnerable it is to abrasion and the thinner, more skin like the felt is when it is completely shrunk or fulled. If I didn’t intend to free-motion embroidery the felt, this would be my preferred approach because the felt is very strong and stable as is because of the high shrinkage in comparison to the approach described in this prior posting, where the wool suspended across the frame hasn’t been able to shrink much and is vulnerable to pilling and puncture. 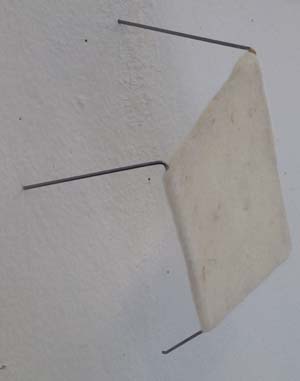 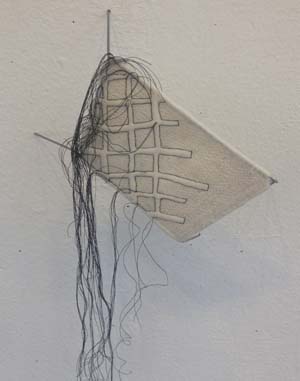